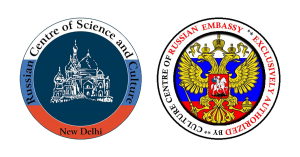 Rus Education offers excellent and transparent services & support to all the medical aspirants, who wish to study MBBS in Russia.
Established in 1993, Rus Education has an experience of 25 years of serving to the needs of students, who are aspiring to travel for MBBS in Russia.
Rus Education is exclusively recognized by the Russian Center of Science and Culture (Cultural Department of The Embassy of Russian Federation in India); for providing MBBS admissions to Indian students in Top Medical Universities in Russia.
We are the largest educational organization with our presence in 29 branches in different cities of India which includes Ahmedabad, Amritsar, Aurangabad, Bangalore, Bhopal, Bhubaneswar, Chandigarh, Chennai, Cochin, Cannaught Place (New Delhi)- Corporate office, Guwahati, Hyderabad, Indore, Jaipur, Jammu, Kanpur, Kolkata, Kota, Mumbai, Noida (Head office), Patna, Pune, Raipur, Srinagar, Surat, Trivandrum, Varanasi, Vijayawada and Vizag (Vishakhapatnam).

The representative office of Rossotrudnichestvo in India unites five Russian Centers of Science and Culture (RCSC) in New Delhi, Mumbai, Calcutta, Chennai and Trivandrum. The main office of the Representative Office is located at the RCSC in New Delhi, and the rest of the RCSC are its branches. RCSC works under the legislation of the Russian Federation, as well as the Treaty of Friendship and Cooperation of Russia & India (1993) and the Declaration of Russian-Indian Strategic Partnership of 2010. The center relies on building modern Russia, by shaping its youth with world-class education. All the branches of RCSCs promote - the recruitment of the international students to Russian Top Universities and maintaining the best possible links with their graduates. Every year, a big education fair for Russian Higher Education is organized at RCSC and its partner organizations. RCSC is quite dedicated towards the medical education in Russia and putting efforts for sending medical aspirants from India to pursue MBBS in Russia.

Moving on to the second day of the event, our cluster will reach Ahmedabad on 10th June 2019 (Monday) at Pride Plaza Hotel.

This will be a day of opportunities to all the medical aspirants for Ahmedabad & the nearby areas. Students can avail the personalized counselling service, without any charges and can explore many more options in the event. On-spot registrations will also be available to the students.

Join us and find your way to MBBS in Russia!!

Moving on to the third day of the event, our cluster will reach MUMBAI on 11th June 2019 (Tuesday) at the Russian Center of Science and Culture (RCSC) branch office

This will be a day of opportunities to all the medical aspirants for the state of Maharashtra & the nearby areas. Students can explore many more options in the event and can also avail the personalized counselling service, without any charges. On-spot registrations will also be available to the students.

Join us and find your way to MBBS in Russia!!

The event will start its journey on 9th June 2019 (Sunday), from NEW DELHI at the main branch of Russian Center of Science and Culture (RCSC)-Cultural Center of the Russian Federation in the Republic of India. Details for the same:

At 10:00 AM, there will be an official inauguration of Exhibition at RCSC, Delhi and it will be continued till 5:00 PM.

Students will encounter the representatives of many Top Medical Universities of Russia; who will counsel, guide and assist them with registrations & admission procedure on the spot, if sufficient & suitable according to the students.

After Mumbai, on 13th June 2019 (Thursday); we will head towards TRIVANDRUM- RCSC branch. Details for the same:

Hence, for all the aspirants dreaming to study abroad grab this opportunity!!

Russian Education Fair 2019 will be a pro-active platform for all the medical aspirants. It will offer unparalleled & ideal opportunities to the students as well as the Universities to showcase their USPs and services

This will allow all the medical aspirants to gauge their choices and only opt for the best available option for building a successful career in the field of medicine.

So Explore! Interact!
And Choose their suitable Top Medical University of Russia!!

On 14th June 2019 (Friday), the trail of Exhibition will be continued in Hyderabad at Taj Deccan to facilitate the admission procedure & counseling sessions for students joining us in the event. Details for the same:

Students will have adequate amount of hours to make a correct choice for them to pursue MBBS from Russia.

Russian Education Fair 2019- a grand success at Bangalore! It was organized by Rus Education in collaboration with Russian Center for Science and Culture (RCSC), that took place at “Hyatt Centric” in Bangalore, was aimed at informing Indian aspirants about various study opportunities in Russia. 15+ renowned Universities of Russia participated in the Fair. As for the thematic interests, most people asked about studies related to medical sciences and engineering. There were also a few students interested in studying Aviation from Russia. Year after year, the participating universities try to make their presence more and more attractive. The main intent behind the organization of this Russian Education Fair has been to emphasize the importance of High-Quality Medical Education for younger generations in Russia. Over 300 visitors including parents, students and educational professionals attended the Fair. A large number of audiences were interested in studying MBBS in Russia as compared to Engineering and Aviation. The special coverage by the electronic and print media. Various prominent regional media network of Bangalore were present at the Fair to share the benefits with the deserving audience.

To conclude this news, all we can say is that the visitors were completely satisfied with the resolution of their queries and will look forward to thinking about MBBS in Russia without any doubt. We are happy to see that they found everything they were looking for and will help them in their academic career.

Russian Education Fair will then reach its sixth destination - Kolkata ( the City of Joy)!!

The Exhibition will start on 16th June 2019 (Sunday) morning at the Russian Center of Science and Culture (Branch office).

Join this event and make your choice soon!!

“Winners don’t wait for chances, they take them!! And this is your chance”

Russian Education Fair is an annual educational fair organized by Rus Education in joint collaboration with Russian Centre for Science and Culture (Cultural Department of Embassy of Russian Federation in India) to facilitate Indian students who are planning ahead of pursuing their Higher Education in the field of Medicine, Engineering and aviation from Russia; with the primary focus on Medicine and Government Medical Universities of Russia.

On 5th June 2019, NEET-UG 2019 results were declared, therefore the primary idea of organizing the June Edition of Russian Education Fair 2019 is to provide the ample number of opportunities to medical aspirants for pursuing their medical education in Russia so that they can make the best decision for their medical career.

The June Edition of the Russian Education Fair started its journey from 9th to 16th June in the cities of Delhi, Ahmedabad, Mumbai, Trivandrum, Hyderabad, and Kolkata.

The June Edition of Russian Education Fair catered to the needs of nearly 3000 aspiring students of medicine and engineering, who were excited and enthusiastic about pursuing their Higher Education in Russia in all the six cities of India. Apart from students various Education professionals and anxious parents also attended the Fair.

The top delegations, who were part of Russian Education Fair 2019 (June Edition)

With continual support and guidance from the department of Medical Education, the Ministry of Health of Russia, the top government medical universities of Russia are also organizing various student exchange programs, seminars, conferences and other such activities to boost the morale of maximum Indian medical aspirants and encourage them to study MBBS in Russia.

Russian Education Fair is a FREE platform for all aspiring students to gain FREE Career Counseling directly from the University representatives, get first-hand information on courses and government universities of Russia, detailed information about the availability of scholarship programs, admission process, accommodation facilities, student loan procedure, forex assistance. During the fair, the students had the opportunity to apply on spot in the government universities of their choice.

Rus Education cordially invites you to partake in our '2nd Leg of 20th Edition of Russian Education Fair in India- 2019’, which is a 6 days event in 6 different cities of India.

This exclusive Russian Education Fair is a great opportunity for the Russian Universities to:

Being a part of this Exhibition will make a significant impact on your future be help you in acquiring practical learning!

You will definitely find a distinct Pool of Opportunities!!!

Join Us!! And Give Us A Chance to Serve You Better!!!


Why You Should Participate in this Education Fair?

The Russian Education Fair 2019 will be organized by Rus Education, jointly with the Russian Center of Science & Culture in India; will assist you to meet with globally renowned Medical Universities of Russia.

Highlights of the Russian Education fair 2019


I took admission in Tver State Medical University, through Rus Education- Kolkata Branch. Since then the team of Rus Education has been one of the biggest support for me at my every step of education till the time I became a Doctor. Not only in the field of academics, but also mentally; they have supported me. Dr SK Washim (Founder of Rus Education & Professor of Social Medical) was the kind support behind all this.


Thank you from the bottom of my heart to Rus education family. I will always appreciate and will be highly obliged for the efforts put in by Rus Education and out of the way help, which I have received and its staff right from the commencement with Rus Education team in respect to admission procedure and guidance at every step.


I, Dr. Vivaswan Pradhan; Alumnus of Tver State Medical University, would like to thank Rus Education and its entire team for making my dream of becoming a Doctor come true. Rus Education has stood beside me as a strong support right from the very first step of counseling to my convocation and afterwards also.

Your message has been sent to us.

There was an error sending your message.